Grant Achatz is a famous American chef born in 1974, and he is also restaurant owner of many famous restaurants. At present, Grant is popularly known as one of the leaders in progressive cuisine. Alinea is one of the most popular restaurants that have won numerous honours till now was his initial venture. Achatz himself has been various recognitions and accolades for his spectacular contribution in the culinary and cooking field and institutions.

The journey of his dream venture: Alinea

Achatz started his venture in 2005, he opened a restaurant named Alinea in Chicago’s Lincoln Park neighborhood. The restaurant is built up on the block from the famed Steppenwolf Theatre Company, and the restaurant is a simple grey brick building with no further markings apart from the street number. And the inner side of the restaurant is quite simple, which has no lobby or bar and has simple seating of sixty-four guests. His restaurant serves eighteen courses and small dinners consisting of small course menus. After two years of operation, the Five Star Award was granted to Alinea by the Mobil Travel Guide, which made Alinea one of those world-class sixteen restaurants known for their five stars nationwide in 2007.

Many laurels of Grant Achatz’s life!

Achatz, along with his team member of Alinea, designed the classic menu for Ikarus, a fantastic restaurant in Salzburg, Austria in November 2009. This unique restaurant is popularly known for its usual ritual of involving different top chef across the world to design the menu for the month and to instruct the staff. In the year 2011, Alinea was recognized with the three stars by the Michelin Guide for Chicago.

Achatz even owns various restaurants that have marked their presence across the world because of their unique themes such as Next, which is located in Chicago, a restaurant that has a unique ticket system and Aviary, which is a bar.

Love life has never been so smooth for this world-class chef of America; Grant has dealt with some problems in his married life in his initial marriage years. In the 1990s, he tied the knot with his long term sweetheart, Angela Snell in the mid months. Grant enjoyed almost a whole decade with his girlfriend and their relationship of nearly a decade was full of love and smooth. Still, later on, things got ugly, and the lovely couple decided to part ways and afterwards got divorced.

The couple has two lovely kids from their marriage, and their names are Kaden Achatz and Keller Achatz. Both kids are now young teenagers, who are now enjoying their teenage life and currently living with their mother. Grant has a smooth love life as he is dating Samantha while his wife is still single and raising his kids as a single mother.

Why did he choose to become a chef?

Many times this same question was asked to Grant, and he said that as he was born in a family which had a restaurant background, this particular career choice was always in the backdrop of his mind. Grant’s parents owned a restaurant. Also, his grandparents owned the restaurant. He further added that many of his extended family members such as uncles also handled a restaurant. The typical restaurant environment was much more familiar to him than others, and it felt very comforting for him to pursue this path as a career. When he was just a 15-year-old student, he finally realized the interest of his heart and declared that he would follow a career path as a chef. While he was growing up, he encountered all kinds of cultures and explored them all, and even now, he loves exploring different cultures.

Afterwards, he tried expanding his horizon of experiences which he encountered since childhood when he was just a teenager. Grant came across many culinary school experiences while growing up, and he always cherished the idea that food could also be the source of the artistic gateway when you feed many people. And all of his family’s restaurants had the same aspect. Their family’s restaurants were not just about providing hungry people, as many restaurants were the strong pillar of society and became famous in the community.

Some Facts about Grant’s life!

Alinea is the single restaurant located in Chicago which has been recognized with three stars in 2019. Amazingly, his restaurant was the winner of the James Beard Foundation Award in 2016 for the Outstanding Restaurant. In 2006, that restaurant was nominated as the Best New Restaurant.

The chef has also contributed to a book, On the Line: Chasing Greatness, Facing Death and Redefining the Way We Eat. The book is written by Grant along with his business partner named Nick Kokonas. The book showcases the real-life story of Grant Achatz. Grant has suffered from a fourth-stage of tongue cancer, yet he recovered from it very successfully and was cancer-free.

In 2006, Grant and his wife, Angela Snell parted ways due to some personal issues. The ex-couple has two lovely sons from their marriage, Kaden and Keller.

Grant was working as sous chef at the French Laundry before he opened his restaurant Alinea. Additionally, Grant even contributed as an executive chef of Trio in Chicago.

The net worth of Grant in Millions

Grant is, of course, one of the best chefs across the world. Till now, Grant has been very successful in collecting all sorts of fortunes with his spectacular career as a Chef. At present his estimated net worth is about $5 Million (as of 2021) whereas Grant’s yearly income is between $200,000 to $500,000.

Is PB and J an American thing?

Yes, PBJ is thoroughly American thing. Amazingly, there are some chances that you would see someone putting Nutella on a tea cracker, but I have never seen someone putting the same on the slice of bread. As the reason is simple and straight, peanut butter isn’t sold by anyone out of the US.

What pairs well with peanut butter and jelly sandwiches?

Various options go well with peanut butter and jelly sandwiches. Some simple options are like celery and apple slices and the small bowl of peanut butter which could be rolled on it, also a classic companionship of cheese crackers, some grapes and potato slices.

When you blend the jelly with peanut butter, it gets the same taste as a peanut sauce. And if you love to spark up much creativity, you can use jalapeño jelly as a substitute for fruit jelly.

Is PB and J healthy?

PB and J is a straightforward snack to make yet tastes very exotic and delicious. Everything needed to prepare this fantastic delight is jelly, peanut butter and bread, and all the other ingredients are pretty straightforward. Even when you add up the extra traces of fats and sugars, PB can still be one of the healthiest options. Your recipe will be much more beneficial if you replace old JIF with organic PB. However, jelly could not be considered a much healthy thing. 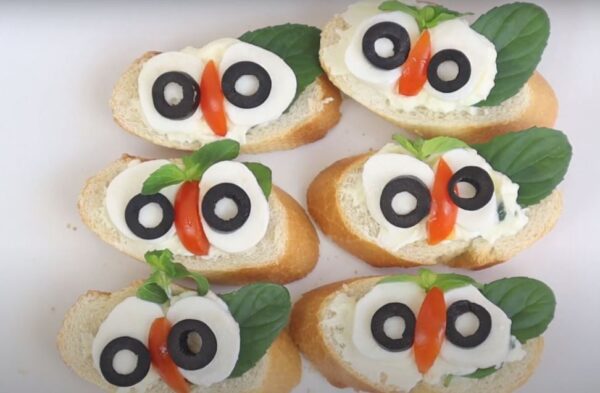